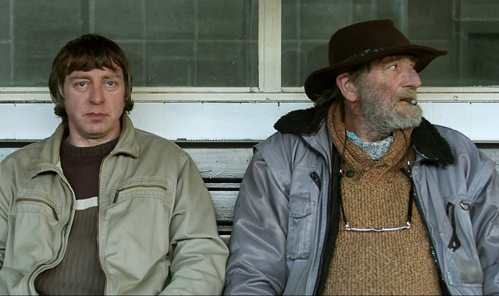 25-11-2013 | “Every year it is very difficult to programme for this section – we received hundreds of submissions,” says Dutch competition co-selector Jan Pieter Ekker. Fifteen titles, including feature-length competition entries Ne Me Quitte Pas and Shado’man, will compete for a cash prize of €5,000.

The list of topics is both eclectic and international, ranging from Days at the Lennon Park (Annelies Kruk), about people who ponder life beside a statue of the former Beatle in Havana, and feature debutant Joris Postema’s FC Rwanda, about football, war and reconciliation.

“I don’t have a list of criteria, but my personal taste is for something you don’t see on television, that shows you and doesn’t tell you, that makes you think and doesn’t present you with all the answers,” Ekker stresses. He singles out Sabine Lubbe Bakker and Niels van Koevorden’s Ne Me Quitte Pas for special comment. “It is amazing how they got to know those people, how they got so close for so long but managed to keep some distance. I think it’s a brilliant film.” Likewise Awake in a Bad Dream by Petra Lataster-Czisch and Peter Lataster. “There are lots of films that have been made about women with breast cancer, but their approach is so delicate and they get so close. This one really stands out – it’s amazing.” The death row documentary Killing Time gave him “goosebumps” after just one minute’s viewing. “You know you are watching something unique.”

The Dutch are known for sending their documentarists to far-flung places in search of excellent stories. Ekker maintains, however, that there are ample stories still to be told within the Dutch borders. “There is still no good documentary on Theo van Gogh or Pim Fortuyn. They may go to faraway places, but there are still some issues that need to be covered here.” One documentary that didn’t make it into selection was Putin’s Olympic Dream by Hans Pos. As excellent as it was, a film on the same subject had already been selected for the feature-length competition (Putin’s Games by Alexander Gentelev). “We have seen a lot of Dutch films, but Ally has seen even more from elsewhere,” Ekker concludes.

Nick Cunningham (This article was published in the IDFA Daily)